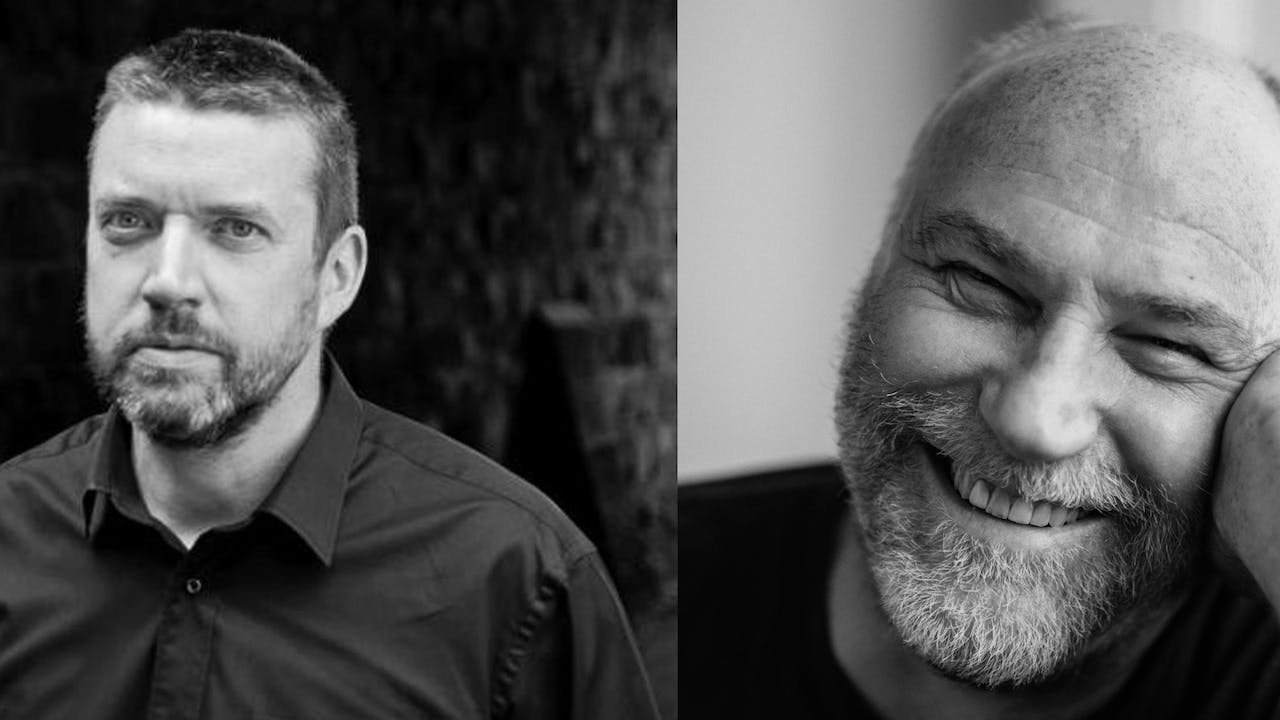 Liam McIlvanney & Alan Parks - Glasgow Crime from Home and Away

Two crime writers set their novels in Glasgow in the 70s – one writing in Glasgow, one in New Zealand!

The Heretic – Liam McIlvanney
Glasgow 1975. A deadly fire. An arson attack on a Glasgow warehouse causes the deaths of a young mother and child.
Police suspect it’s the latest act in a brutal gang warfare that’s tearing the city apart - one that DI Duncan McCormack has been tasked with stopping.
Five years ago he was walking on water as the cop who tracked down a notorious serial killer. But he made powerful enemies, and when a mutilated body is found in a Tradeston slum, McCormack is assigned a case that no one wants. The dead man is wearing a masonic ring, though, and Duncan realizes the victim is not the down-and-out his boss had first assumed.
May God Forgive – Alan Parks

Glasgow is a city in mourning. An arson attack on a hairdresser's has left five dead. Tempers are frayed and sentiments running high.

When three youths are charged the city goes wild. A crowd gathers outside the courthouse but as the police drive the young men to prison, the van is rammed by a truck, and the men are grabbed and bundled into a car. The next day, the body of one of them is dumped in the city centre. A note has been sent to the newspaper: one down, two to go.

Detective Harry McCoy has twenty-four hours to find the kidnapped boys before they all turn up dead, and it is going to mean taking down some of Glasgow's most powerful people to do it . . .

This event will be available to watch for three weeks after the broadcast date of 6th May 2022 to accommodate different time zones (removed after 27th May 2022). This performance is included in the Aye Write 2022 festival pass, so you will not need to purchase this event if you have already purchased a pass.

As a charity we rely on the kindness of supporters like you to deliver the festival you know and love. If you can, please consider making an additional donation today and let us know #AyeCare.

Find out more at: https://www.glasgowlife.org.uk/arts-music-and-cultural-venues/aye-write/support-us